Jordan King starred in Baku as his consistently quick pace was rewarded with a podium finish in Saturday’s Feature Race. Rising up from P14, after an early incident, Jordan secured his first Formula Two podium of the season and then looked set to repeat this feat on Sunday before an unavoidable accident ended his Sprint Race.

Following a point scoring start to the season in the first round in Bahrain, King travelled to Azerbaijan hoping to gain more points, this time around the notoriously challenging Baku City Circuit.

Jordan’s weekend got off to an excellent start, finishing in third place in free practice, with a time of 1:57.023, showing straight away that his pace in the MP Motorsport car was strong enough to be battling at the top end of the timesheets in Baku.

The qualifying session was halted early by a red flag, due to Sean Gelael stopping on track during the opening stages of the session. Jordan then decided to run alone on track following the restart of the session and took the opportunity to set his first time, which was only good enough for fourteenth.

The cars then returned to the pits for a fresh set of tyres, and all the drivers returned for one more lap. Once again showing his pace and with only one lap to record his fastest time, Jordan posted a strong time of 1:55.704 which secured him a third row start in P5 for Saturday’s Feature Race. 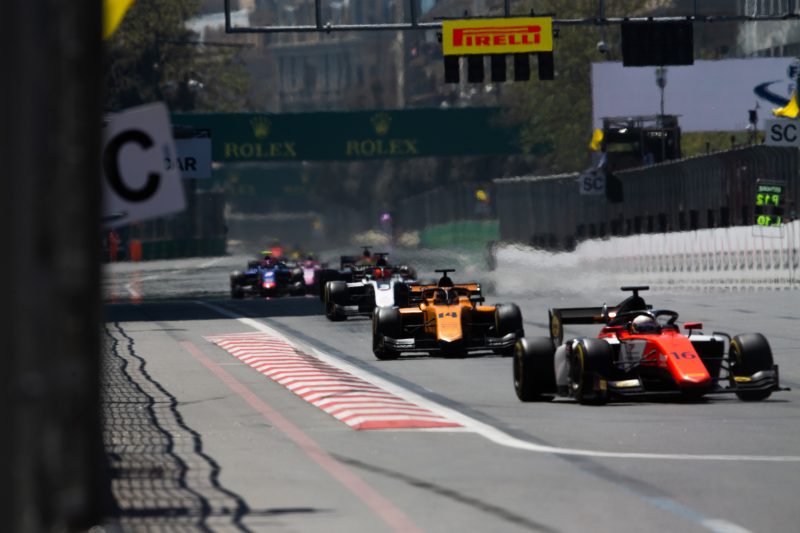 Starting from fifth place, on the super-soft tyres, Jordan got off to a horror start due to no fault of his own. At turn one, Jordan was struck twice in quick succession and fell right to the back of the pack. As the safety car was brought out to recover a number of cars that had not survived the first lap, Jordan was running in sixteenth.

Following the restart of the first safety car, King recovered and delivered an overtaking masterclass again, and this time at one the most challenging tracks across the F2 circuit. Jordan had made his way up to ninth, by the sixth lap, and kept hold of this position following his pit stop on the seventh lap. King continued to make progress by overtaking Hubert and Boccolacci in consecutive laps to make his way up to seventh.

Zhou then crashed at turn one, causing another safety car, allowing King to move up yet another position into sixth. Following the restart, Ghiotto hit Sette Câmara, meaning both exited the race, again allowing Jordan to move up another two positions into fourth as the safety car entered the fray once again.

With the safety car back into the pits, Jordan saved his best piece of driving for his final manoeuvre of the race. On the tail of Latifi, Jordan executed an outstanding overtake right around the outside of turn three which was judged to perfection. The Brit then held his ground to secure his first podium of the season in fantastic fashion. 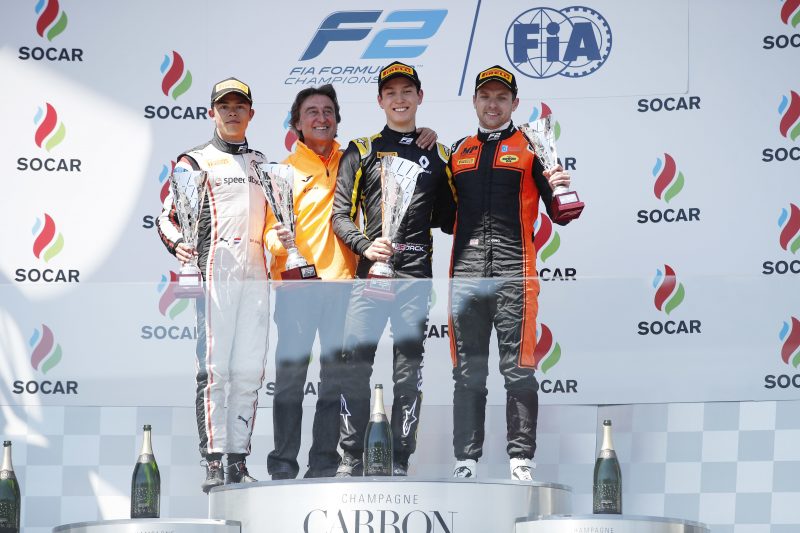 The following day saw the 25-year-old start the Sprint Race in fifth position. Jordan made a clean start and avoided any anarchy but at the expense of giving up one position on the opening lap.

Sitting in seventh place following two safety car appearances, Jordan looked to be in a strong position to go on and push for another strong result. However, at the restart, Luca Ghiotto went into the wall at turn two, blocking a clear path for Jordan to make his way through the incident. Jordan consequently was stuck beside the car of Ghiotto and had to end his race.

Following the points won in the feature race, Jordan moved onto a tally of 16 points for the season, leaving him in seventh position overall following the opening two rounds of 2019.

“This weekend has been really successful and exactly what the team deserves. Our pace in all of the sessions was extremely strong and we showed we can be a front-running team.”

“The Feature Race had an absolute disaster of a start. I got hit twice at Turn 1: we were hit from behind and then hit again from the side as I was kind of going off the track. I have watched the video and it’s just two people who have gone in there about 20mph too fast, which was obviously a bit annoying.”

“Luckily we didn’t get any serious damage, but we were back in 15th place or something by Turn 1. After that, we had to work our way through the field and it was pretty good, we had some good pace and overall were solid.”

“On the option tyres at the start of the race, we had some pretty good pace, and I think that I got myself back into the top 10 afterwards. I overtook a few more people on the prime tyre and the safety car then helped me out a bit because it bunched a few of us up. There were two short restarts at the end and I picked up a couple more places and was eventually able to get up to third position and get the podium which is fantastic and a great reward for the team who have all worked so hard on the setup.”

“The pace on Sunday was again really strong and we could have pushed on your a podium. Unfortunately, I was caught up in someone else’s mess and there was nothing I could do! All in all, a very strong weekend and it felt good to back on the F2 podium.”

Jordan will return to action in his F2 duties with MP Motorsport in two weeks time at the Barcelona GP (18-19 May) but this weekend heads to Spa for the World Endurance Championship’s Six Hours of Spa. 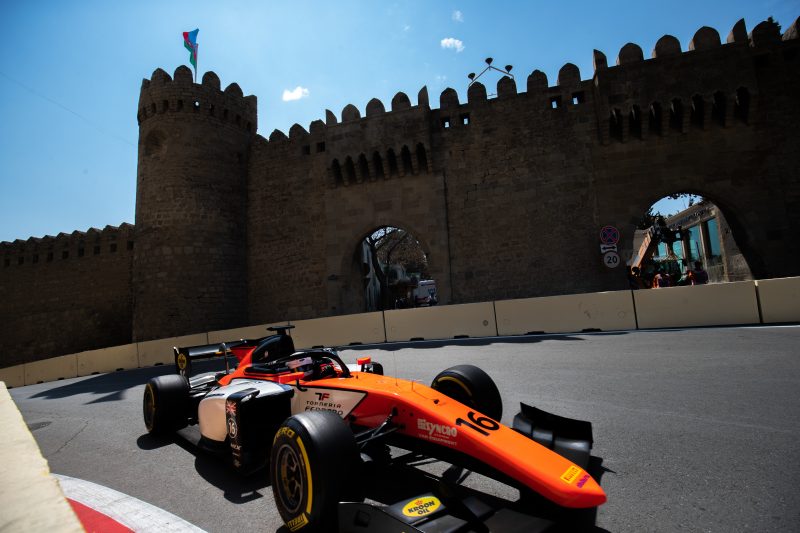