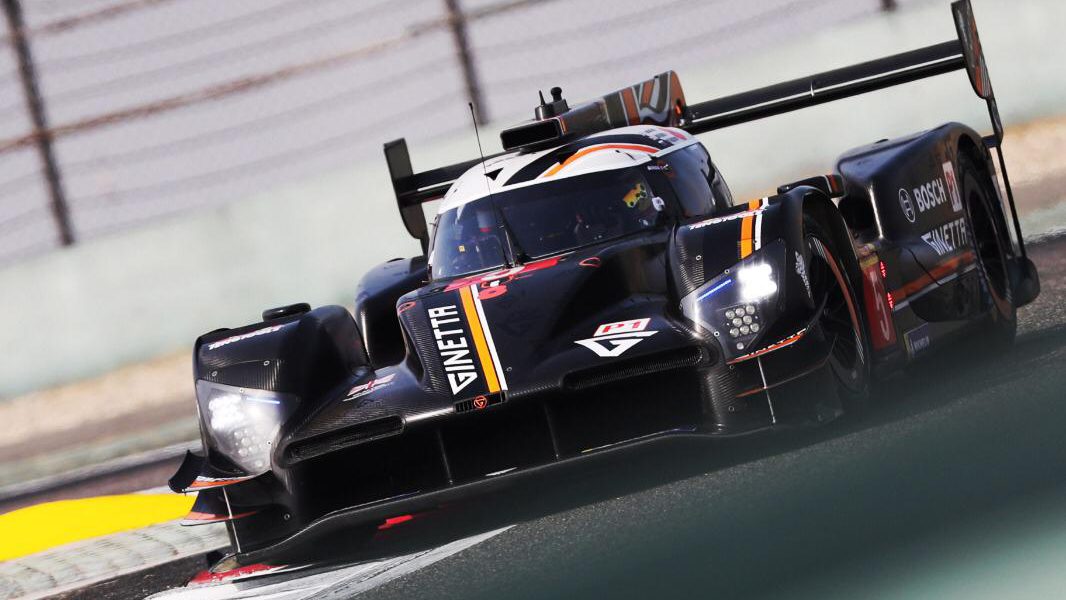 Marking his debut in the World Endurance Championship’s premier class, Jordan King and his #5 Team LNT Ginetta team recorded an impressive 4th place finish at the 4 Hours of Shanghai.

Getting his first-ever race weekend in an LMP1 car underway on Friday, Jordan and his teammates, Ben Hanley and Egor Orudzhev, showed they were a force to be reckoned with in the #5 Ginetta – AER LMP1.

Continuing to bring the fight to the reigning World Champions, Toyota Gazoo Racing, and the long-established Rebellion Racing on Saturday, Jordan and the #5 Ginetta finished the final practice session in 2nd place.

Qualifying then saw Ginetta record their best-ever WEC starting positions as the sister #6 Ginetta took a front-row start in second place, with Jordan’s teammates in the #5 recording a third-place starting place.

At the start of the race, Jordan’s teammates got off to a strong start as both of the Ginettas drove away from the two Toyotas and the #1 Rebellion. Ben Hanley, in the #5, sat in second place in a Ginetta one-two and during the first hour set the second-fastest lap of the race – showing they had the race pace to win.

Unfortunately, both of the Ginetta’s chances of race victory took a hit as, after the first pit stops, they were hit with a drive-through penalty due to the start procedure, demoting them into the chasing pack for the remainder of the race.

When Jordan jumped into the car for his first-ever race stint in an LMP1 car, he made sure the #5 remained in 4th place and in the perfect position in case a leading car would drop out of the race.

Despite extending the gap between himself and the sister #6 car behind, Jordan wasn’t able to improve on the #5’s fourth-place position and brought the car home across the finishing line for a strong points haul.

“It was a fantastic experience to come to China and drive an LMP1 car for the first time with Team LNT Ginetta. It was an amazing opportunity so a huge thank you to Ginetta and the team! Looking at the weekend, we all did a really good job, the pace was strong all weekend and we definitely showed that we were in the fight for race victory. Both the cars were unfortunate for the drive-through penalties, which probably cost us a podium, but it’s just one of those things.”

“When I jumped in, we were out of the race for victory but I still managed to pull away from the sister car and finish the race strongly, so I’m happy with my performance. Overall, it was a good weekend, and fantastic showing by the team in only their third race!”