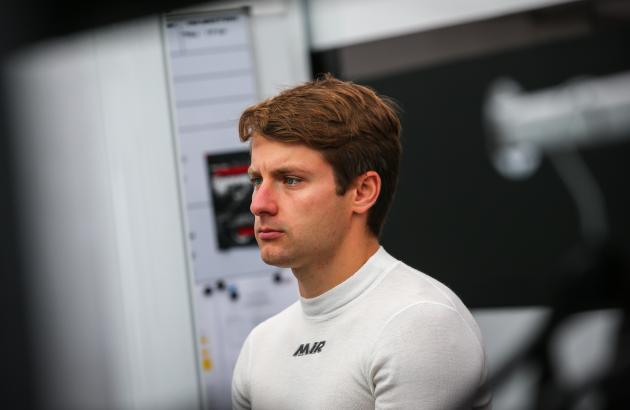 Jordan King will contest the tenth, and penultimate, round of the 2017 FIA Formula 2 season as the series heads to the Circuit of Jerez for the championship’s solitary standalone event.

The Spanish track is a 2.74-mile long circuit that has hosted top motor racing events such as Formula One, Moto GP and World Series 3.5. The track is amongst the favoured tracks in Europe with its seamlessly perfect combination of corners to test both man and machine. A fast, flowing circuit that is located in the dry southern tip of Spain and, due to the mild climate in the area, is the preferred place of numerous motor racing teams for year-round testing.

This weekend will see Formula 2’s standalone weekend away from the F1 support bill as the series moves onto the Spanish Circuit of Jerez for the penultimate round of the season as the year draws ever closer to its conclusion.

Jordan’s previous round of the season saw him endure an unfavourable weekend in Monza as the MP Motorsport driver experienced terrible luck in both of the races in Italy. A strong qualifying result was followed by an error at the start of the feature race which meant Jordan fought twice as hard to salvage a top-ten finish. Looking destined for good points in race two, Jordan was then punted off the track in the final stages of the race and finished Sunday’s sprint race empty handed – despite posting the race’s fastest lap.

Looking ahead to this weekend, Jordan heads to Spain placed 11th in the Drivers’ Championship on 50 points with four races left to contest in the 2017 FIA Formula 2 season.

Jordan makes his maiden appearance at the Circuit of Jerez this weekend and is excited to be back racing after a month-long break from action.

“I’m really looking forward to this weekend, it’s been a long break from racing and I can’t wait to get back in the car for the penultimate round of the season. This is my first-time racing at Jerez but I’ve previously tested here so I know the circuit. The track has been resurfaced since I last drove here so I am looking forward to the challenge and I hope the weather is really warm as that always makes for better racing!”

“I’ve had a difficult past few rounds but hopefully my bad luck is behind me and I can have a really strong finish to the season. I’d love to make it onto the podium and I’ll be working tirelessly to pick up as many points as possible.”

Free practice in Jerez gets underway on Friday at 10:00 (BST) with the Feature and Sprint Races on Saturday and Sunday, both starting at 13:00.