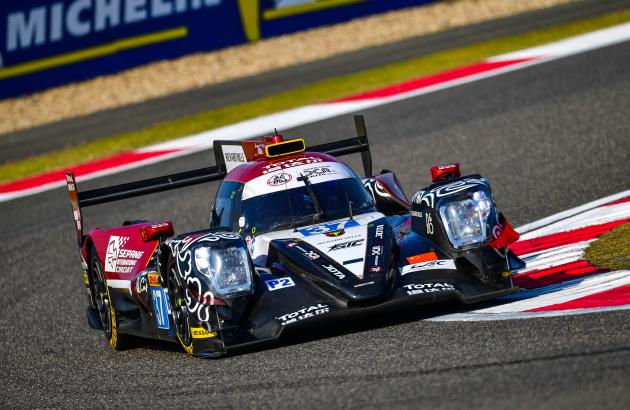 Jordan King will make his debut with Jackie Chan DC Racing x Jota in the World Endurance Championship this weekend as the second half of the Super Season gets underway with round six of the season – the 1000 Miles of Sebring.

Jordan King will race an LMP2 car for the first time in his career this weekend as he makes his debut with LMP2 front-runners, Jackie Chan DC Racing, at the 1000 Miles of Sebring at Sebring International Raceway.

Teaming up with David Heinemeier-Hansson and Will Stevens, in the #37, the three-man team will be looking to replicate the success the car had previously shown this season when it claimed victory at the 6 Hours of Fuji and also set pole position at the 6 Hours of Silverstone in August.

The sixth round of the Super Season marks the highly anticipated return of the World Endurance Championship to Sebring Raceway, one of America’s greatest and oldest continuously-operating race tracks.

The 3.74-mile circuit, which was built on an old Army Airfield in 1950, still maintains its notoriously bumpy surface and high-speed corners despite several changes to the layout through the years.

Aware of the challenge ahead this weekend, Jordan is hopeful that he and the team can get off to a positive start together.

“This weekend is going to be full of firsts for me, a new team, new track, new car, new championship, so I have spent the last few weeks preparing for it the best I can. The team is well experienced and have been fantastic in getting myself, Will and David up to speed so hopefully, we as a team can deliver a great result on our debut”

This month’s WEC race in Florida will run within the same event as the Sebring 12 Hours. For the first time ever, a WEC race will take place on a Friday, with the 1,000 miles to run from 8 pm (GMT) till roughly 4 am on Saturday morning.