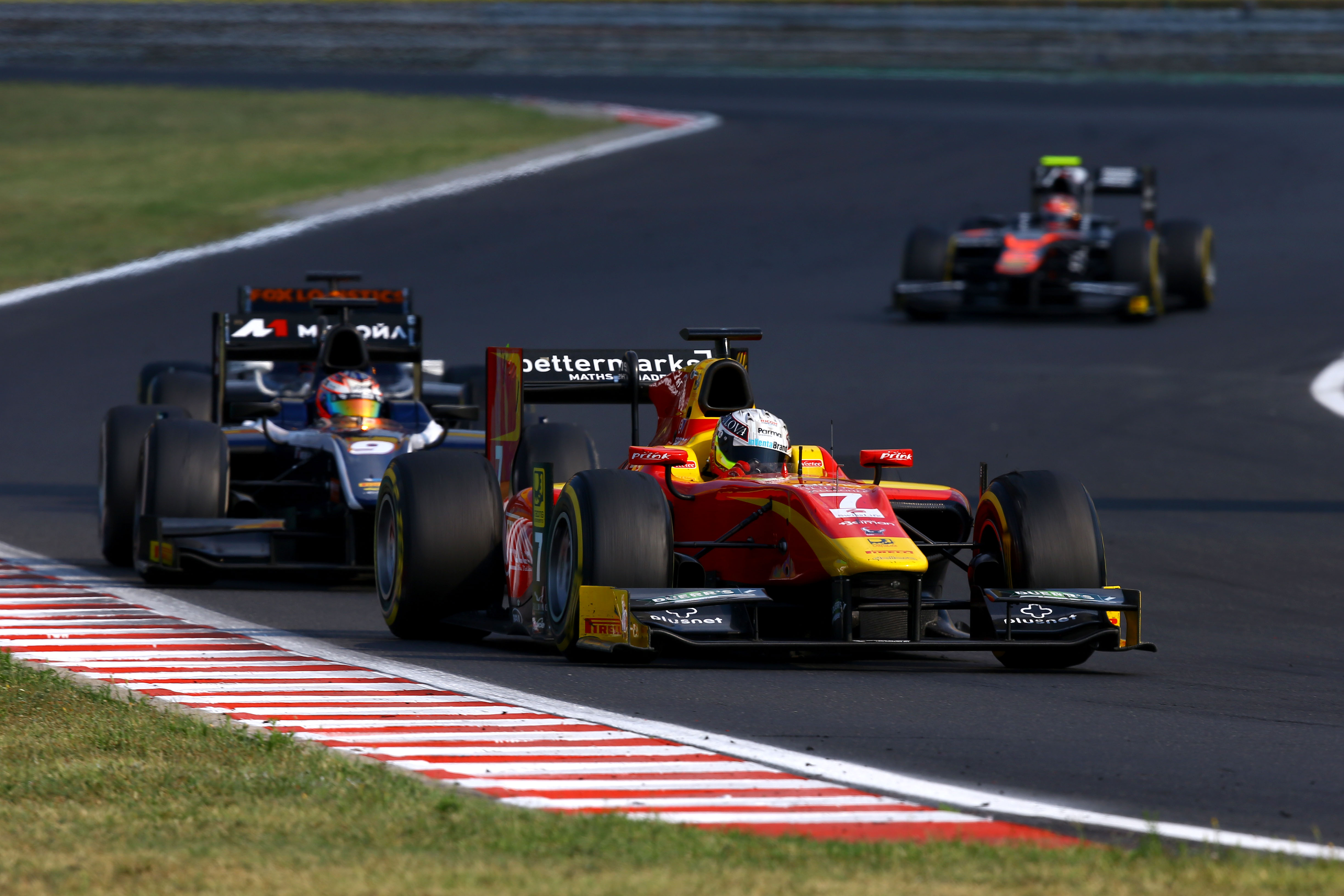 King moves into the top 10 after strong weekend in Hungary

After a positive start to the sixth round of the GP2 Series at the Hungaroring, 21-year-old former British Formula 3 Champion Jordan King started Saturday’s feature race from sixth on the grid after an impressive qualifying session.

“Qualifying was really strong,” says Racing Engineering driver King. “I was feeling really confident after free practice – we ran through a lot in practice and made significant set-up changes to the car.

“Going into qualifying with that confidence really helped. We started on a set of option [softer-compound] tyres and I was ninth quickest. This was really encouraging and, after a set-up change and switching to another set of tyres, we eventually secured sixth on the grid.”

Starting Saturday’s 37-lap race on the prime [harder-compound] tyres, King went for a longer first stint, aiming to stay ahead, while drivers on option tyres – which are faster but less durable – pitted before him.

Ensuring he looked after his rubber, the young Brit settled in to the race after a restart behind the safety car following a lap-two accident.

King was fast and consistent on a circuit renowned for its limited overtaking opportunities and, after making his compulsory pitstop to switch to the option tyres, he took the chequered flag in sixth place to land eight points and vault up to 10th in the championship standings.

“I focused on making my tyres last, but it was disappointing that when I had the pace to push through, I was stuck behind [Raffaele] Marciello. I just wish we could’ve had a few more laps – a podium finish would definitely have been on the cards then.”

Sunday’s track conditions soon dampened the team’s bright outlook, with temperatures dropping by 15 degrees and rain from the previous evening causing havoc to the existing set-up on the car.

“We got Sunday’s race completely wrong as a team, which is really disappointing as I knew we had a podium in us this weekend,” says King.

Starting from third on the reversed grid for the 28-lap sprint race, King suffered rear tyre temperature problems on the startline, pushing him back to seventh position.

“Making sure I didn’t wear my tyres was the main aim,” he admits. “The pressures were all wrong from the start. The first five laps were good, though, as I had good pace, but we struggled from mid-race onwards as the tyres were destroyed.”

Finishing in 12th place, the series rookie left Hungary feeling disappointed after failing to repeat his form from the first race.

“I know we’ll get on the podium once we’ve ironed out the issues,” a determined King says, “and I know we can go all the way.”

The next round of the GP2 series takes place at the Circuit de Spa-Francorchamps in Belgium on 21-23 August.