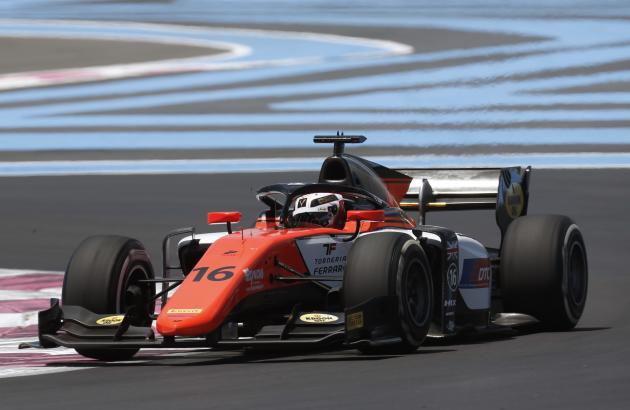 Jordan King is set for his latest FIA Formula 2 challenge this weekend as the 25-year-old heads to the Red Bull Ring, Austria, for the sixth round of the season and the second of back-to-back race weekends.

Fresh off the back of an overtaking masterclass displayed last time out at Paul Ricard, where he stormed from P16 to sixth in the feature race, Jordan is now looking forward to racing at a track that he’s enjoyed success at in the past.

Jordan celebrated his first F2 victory at the Red Bull Ring in 2016 when the series still raced under its GP2 title. Jordan started from pole in the sprint race and controlled the race throughout, whilst battling challenging weather conditions, to take the chequered flag first by a dominant six seconds, claiming his first win in the series with a lights-to-flag victory.

The 2.63-mile track is set to be blessed with glorious sunshine throughout the weekend, however, due to the circuit’s proximity to the mountains, weather can be hard to predict and can quickly change.

After points in last weekend’s Feature Race, Jordan now has 34-points to his name and sits in 10th position in the overall standings. Now, the Brit will be looking to further improve his position in the standings with this weekend’s action.

“The Red Bull Ring is always a good circuit to race at,” Jordan said ahead of the weekend. “It’s fast, and the track itself is short so you can get more laps in which is always a bonus – that does, however, mean that there’s less margin for error as every corner counts!

“The team and I had a positive weekend in France and it was good to go back racing in the car again. Like previous years, the F2 field is so competitive although the races have shown that anything can happen and hopefully we can bring home a strong haul of points again!”

The F2 weekend in Austria will get underway on Friday 28th with a practice session at 10:00 (BST) before qualifying in the afternoon takes place at 15:55. On Saturday, the feature race will get the green flag at 15:54 and Sunday’s sprint race will be held at 10:00 the following day. All coverage will be shown live on the Sky Sports F1 channel.