Jordan qualifies for the Indianapolis 500

Jordan King has qualified for the Indianapolis 500, after setting an average speed of 227.502mph to secure his 26th starting position on the grid for the 103rd running of the event.

After a sensational qualifying performance, Jordan, who is an Indy 500 rookie and had only competed in one oval pre-season test at the Phoenix International Raceway before this week, will start Sunday’s race from the ninth row on the grid.

Jordan’s first run of four was aborted after the previous car’s run had left supposed debris on the track. With the pressure on, Jordan was forced to wait in the pit lane while a track inspection was carried out. With the track temperature and the pressure in the car rising, Jordan headed out for his first qualifying run and instantly put himself in the top-30 with four cars behind him.

With barely anything to separate the field, Jordan headed out again when he fell outside of the guaranteed spots and on his second run, Jordan was able to get himself back into the top 30.

This continued throughout the day until Jordan decided to go out for his fourth and final run. His four-lap average speed of 227.502 mph was thoroughly impressive, with just seven-tenths separating his fastest and slowest speed, and secured Jordan 26th on the grid for the Indy 500. 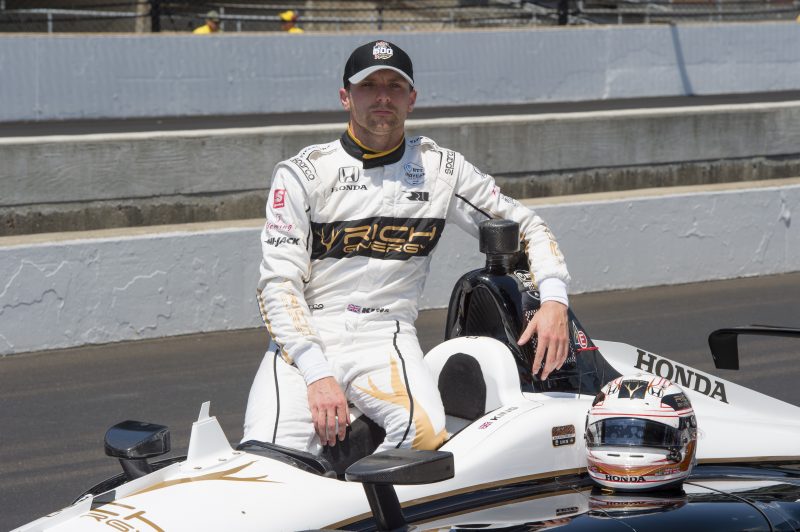 “We were chased by a margin of the whole field separated by thousands of a second and that was a good run. It was pretty consistent. I think my drop off was only half a mile an hour which is probably the best out there. I think the outright speed isn’t quite where it was in the 27’s, so gave me some breathing room.

“The first run was so mismatched with a yellow flag and then it was a bit of a fuffle to get ourselves back out, actually just go again and keep our cool. The team did a great job staying relaxed, getting the car ready and making those small adjustments now we’ve got ourselves some breathing room.”