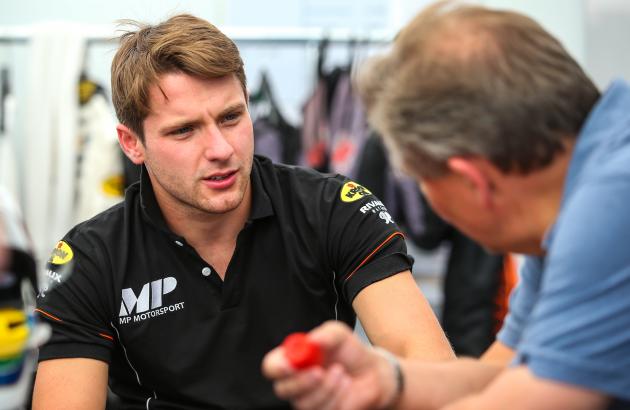 Summer break concludes with a trip to Spa for Jordan King

The summer break has finally drawn to its conclusion and it’s back to action for Jordan King who travels to Spa-Francorchamps, Belgium, for the eighth round of the FIA Formula 2 season.

At 4.352 miles long, the Circuit de Spa-Francorchamps is the longest on the calendar and with total elevation changes of over 100 metres, it’s also the most undulating.

Spa is regarded as a true driver’s track and one of the most iconic across the globe. With little run off, devastating climbs and some of the most notorious corners in the whole of motorsport, races in the heart of the Belgian Ardennes place huge demands on the drivers.

The previous round at the Hungaroring was the first time this season Jordan failed to pick up points on a trip to a circuit. Jordan is still in search of his first podium finish of the season and currently occupies 10th in the Driver Standings with 49 points – making up all of MP Motorsport’s points.

Jordan’s last two visits to the Spa-Francorchamps, in the Formula One feeder series, have seen the 23-year-old finish on the podium; claiming second place in 2015’s sprint race and second in 2016’s feature race.

Jordan is hopeful of maintaining his podium run at Spa this weekend.

“Spa is a fantastic track and definitely one of the highlights of the season. I’ve been racing here since 2012 and it’s a really special track that offers a lot of unique challenges. Finding the right balance is key to a successful weekend in Belgium and hopefully we’ll be able to get this sorted early and put ourselves in a strong position for the races.”

Race action in Spa starts on Friday with practice and qualifying at 10:55 (BST) and 15:20 respectively. The weekend’s feature race falls on Saturday at 15:00 and Sunday’s sprint race gets underway at 09:15.