The British Grand Prix weekend brought two top-10 finishes for Jordan King as the 25-year-old left Silverstone with another FIA Formula 2 Championship point after finishing in 10th place in Saturday’s Feature Race and finishing in ninth in the Sprint Race.

After a two-week break from the action, Jordan returned to his Formula 2 duties with MP Motorsport for his home race at Silverstone. With the British driver suffering from a lack of straight-line speed all weekend, Jordan showed excellent race craft to finish in the points on Saturday, and secure an additional top-10 finish in the sprint race.

Jordan’s home race weekend got underway on Friday with the free practice session, in which Jordan was able to set a positive tone for the action to come as he secured the 10th fastest time out of the 20 cars in the field. 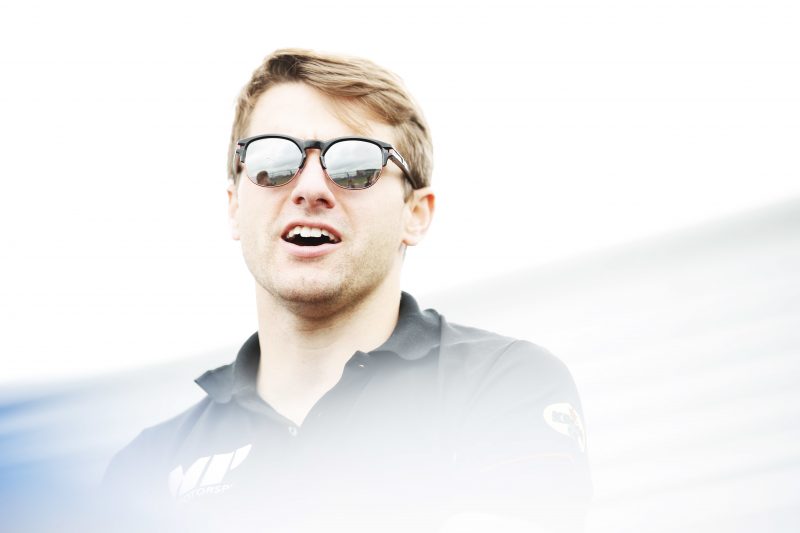 The strong performances continued into qualifying, and the session saw Jordan’s best grid spots for the feature race since the second round of the season at Baku. With 12th position in the bag, Jordan was optimistic for a positive result in the first race at the Home of British Motorsport.

When the time came for lights out on Saturday afternoon, a fast-starting Jordan gained one place at the start and a lap later Jordan was up into 10th and into the points. By lap eight, all of the front-runners had pitted and Jordan held the lead of the race from the front, opting for a longer first stint on the softer compound tyre.

When he did eventually pit on lap 10, he rejoined the field in 13th and once the entire field had taken their pit stops, Jordan was back into 10th position from where he took the flag.

Sunday was a fairly straight-forward affair for the British talent. Towards the end of the opening lap, he had lost one place and moved down to 11th place. From there he hunted down Juan Manuel Correa and after several laps, he eventually passed him for 10th on lap seven.

In the second half of the race, rain spots started to fall at Silverstone. Jordan was targeting Nobuharu Matsushita – however, as hard as he tried, he struggled to get close enough to attempt an overtake. With Luca Ghiotto pitting late on, Jordan was moved up to ninth and crossed the line inside the top-10.

“This weekend has been a rather tricky one as a whole,” Jordan said after the weekend. “I am of course happy that we finished in the points on Saturday and obviously a top-10 finish on Sunday is also good. We were only 1.5 seconds off eighth, so we narrowly missed out on scoring again, which would have been a big bonus. I tried to get as close to Matsushita as possible but just didn’t have enough to pass him which was frustrating.

“It’s always special to race in front of your home crowd, and it was great to see so many people cheering on us British drivers! Now, we just need to keep our heads down and keep working hard towards Hungary.”

Jordan can now look forward to the next round at the Hungaroring, Budapest in three week’s time on the 2nd-4th August.